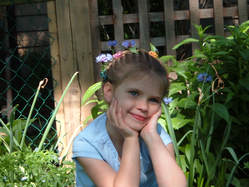 The best place to tell a story, as said by the fabulous Julie Andrews, is from the very beginning. And that’s where I am going to start.
My dream has always been to write. I’ve always wanted to write music, but honestly, I would be happy writing instruction manuals if it meant I could type out words everyday. However, everyone has “the dream”, the one that keeps you up in the middle of the night, staring at the ceiling and praying to anything that will hear you, “Please let it come true”. For me, that is writing music. Writing music was not something that I sought out, but something that just made sense. My little-kid brain just wanted to write; I would write anything; stories, poems, songs, anything I could put into a notebook or a scrap of paper or a computer screen. I wanted people to hear what I had to say, and I had a lot to say.

I started taking singing lessons when I was 10. I sang all the time around the house, despite sounding like a drowning cat (with a speech impediment, might I add).  I’m pretty sure my parents put me in lessons to stop their ear drums from bleeding. And once I started lessons, I couldn’t stop. Within a couple years I transitioned from musical theatre to choirs (I couldn’t dance to save my life), and I was consumed with the world of music.
​
​When I was 14, my parents noticed my music had dark undertones. My cute, but skittish, personality was becoming more abrasive. I stopped going to classes, didn’t sleep and lost weight like my life depended on it. I was irritable, and evasive, and recluse, and all the worst things a person can be. Thinking about it now, it feels like a different person; like I was watching myself from the outside. I didn’t know it yet, but this was my first battle with a host of mental illnesses that would come to define a chapter of my life.

But I kept writing. I wrote it all down. I wrote journal entries and stories and songs. I wrote “Cheers”, “Scared”, and “Am I Safe Here?” and most of the songs that would appear on my debut album. I filled the margins of notebooks with lyrics until my hands were sore. I wrote songs that still roll in my head to this day, and songs that should be burned and never heard by another human being.
​ 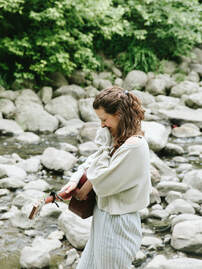 For a while it felt like I had control over my mental health. Like I had slain the dragon and won the war. And life returned to a sense of normalcy. I wrote “Instead” and “Crows”. But just when I thought I had controlled my demons, I moved to Vancouver to study Behavioural Neuroscience at UBC. And despite all the rain it felt like I had set my life on fire.

There were panic attacks and sleepless nights and weeks filled with depression and anxiety until I felt blinded by everything going on in my head. For the first time in my life, I stopped writing. I stopped the journal entries and the stories and the songs. I can’t count the number of times I wanted to drop out of school, the number of times I wanted to pack up and move back into my parents’ house and call it a day.
​
Halfway through my first year of university, right after my 18th birthday, in the throws of one of the worst years of my life, I decided to record my first album, The Blue Book Project, named after a notebook in which I wrote most of my first songs. I collected 9 of my favourite songs and wrote “Violets in my Hair” and called it an even 10. Amidst all the horrors in my head, I started writing again. I started writing scores and Facebook posts and stories. I began to write myself the ladder that I used to climb out of my hole.

​I recorded that album and filled it with my blood, sweat and tears. I produced and wrote and played and sang that album until it became a tangible thing that I published on the internet, and it’s out there, This continues to blow my mind; that the worst year of my entire life, gave birth to the best decision I ever made.
​ 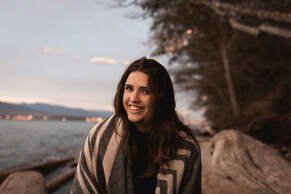 ​With time, the panic attacks were less recurrent. And despite the rain in Vancouver, I fell in love with the city. I became obsessed with living by the ocean and looking at the mountains. I fell in love with the people. The people who have come to change my life and inspired songs like “West”. But as school came to an end, I moved back to Toronto where I am now, and will continue to do what I love. I’m going to keep writing. I’m so proud of the music I’m writing now, it stokes my fire and I can’t wait to share it with you. And social media has taken more of the spotlight in my life, which has pros and cons. But I’m overwhelmingly happy with everyone who has joined my little joyride since this whole journey has started.
​
Which brings us to today.

I’ve officially graduated from UBC with a degree in Behavioural Neuroscience, but please don’t ask me to do brain surgery. I still have demons, but they all have cages now and I hold the keys. But most importantly, I’m writing. I’ve written myself my own little corner of the internet that I’m sharing with you. A place where I want people to feel safe to be complete weirdos, because that’s exactly what I am. And I’m going to tell you all about my music, my mental health, and about what I’ve learned in these short 23 years. Plus, we’re going to talk about boys, school, and family, because why not?

I want you to read this website and scroll through it and laugh and smile and maybe even learn something. I’ve created a place where I can share my story and my life. Hopefully someone can take these words I’ve strung together and feel strong and happy.

So please enjoy while I embarrass myself, horrify my parents, and make my friends laugh. Because that’s what I am meant to do.